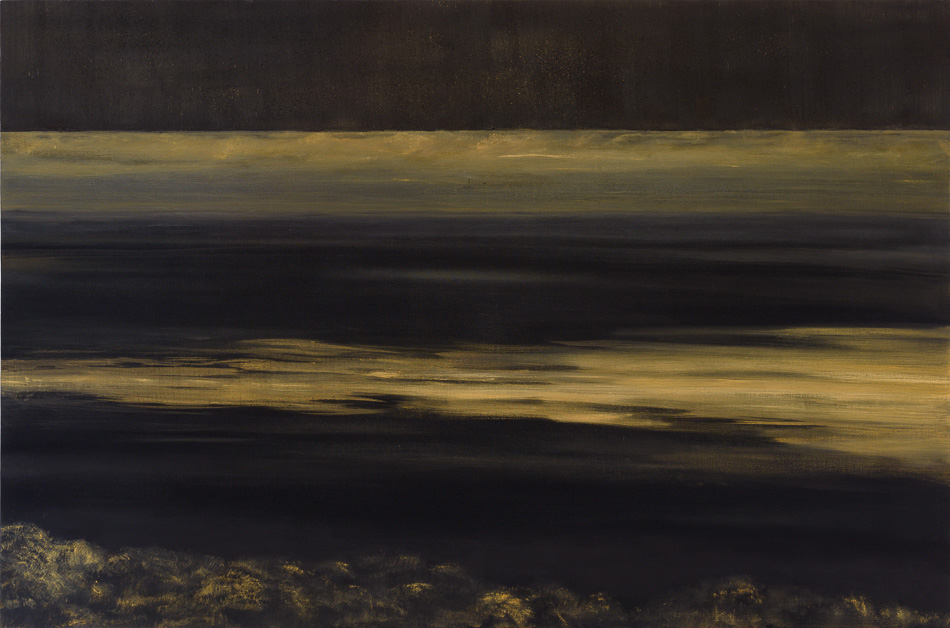 In Spoorloos, Hanien Conradie deepens her ongoing enquiry concerning place and belonging from her location as an Afrikaner  female living in Southern Africa. The primary inspiration for this exhibition originated in an artists’ residency in the vast and  desolate Tankwa Karoo Desert which is located in the Western Cape in South Africa.

The body of work consists of various reinterpretations of landscape painting within the contemporary moment of imminent  ecological collapse, growing technological dominance and humanity’s rapid alienation from the rest of nature. Conradie mourns  the mounting collective amnesia regarding humanity’s position as an inextricable part of the Earth. As an earth-concerned painter  and in order to bring locatedness to her work, Conradie continues to converse with burnt plant material and found ochre as  powerful representatives originating from the natural places she visits. By creating various practices of relation with natural matter,  Conradie strains to remember the echoes of humanity’s ancient relationship with the Earth.

Where her Raaswater (2019) focused mainly on water, rainmaking rites and rivers, Spoorloos (2021) is located within the element  of air. Here Conradie works with the archetype of the magician, with ritual prayer and with the Kármán Line: a place where the  earth’s atmosphere becomes too thin for aeroplanes to achieve flight and where the rest of the universe begins.

At its most expanded, Spoorloos can be seen as a selection of paintings in natural pigments, ritual prayer pieces, poems and  performances contemplating encounters with the Traceless. 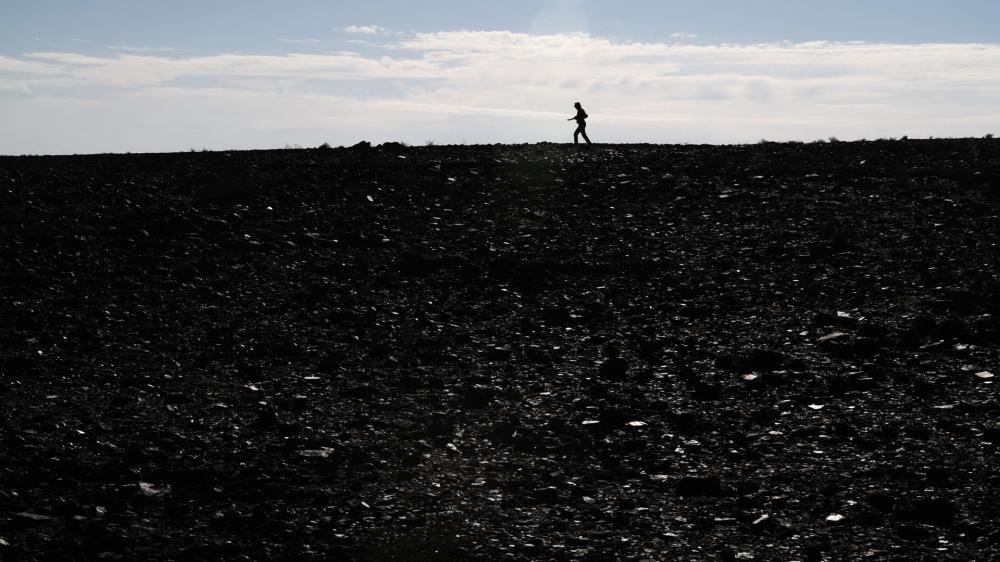 The text for this film has its beginnings in 2012 when I found a December 1938 copy of Die Taalgenoot in an old wagon chest that used to  belong to my Grandmother. At the time I was tracking how the culture and history of my ancestors (and Western culture) shaped the values and  behaviour toward the natural world. It pained me to read Dirk Mostert’s essay titled Stemme van Suid-Afrika [Voices of South Africa], as I  recognised how many voices in South Africa (both human and other-than-human) were in fact not listened to. I understand that culture and  nature are so inextricably bound together that by silencing indigenous culture and nature, the necessary reverence for those beings who were  shaped from the depths of this place were lost. I became aware of the vastness of the distance I have covered in my desperation to run from  this older type of Afrikaner. I vowed to listen and to give voice to the voiceless; be it endangered plants; rivers; damaged places or people who  cannot speak anymore.

In 2019 I visited the Tankwa Karoo Desert. The word ‘Tankwa’ is assumed to have Khoisan origins and is believed to mean ‘Place of Thirst’ and  ‘Place of the San’. Here in this desolate arid emptiness remnants of Stemme van Suid-Afrika came back to me: only short words and part sentences. In this vastness the text rearranged and transformed itself in my mind into a new meaning; into something which better represents  who I have become, what I believe and my stance toward this place we call South Africa. I walked barefoot, and as lightly as possible, as to  avoid disturbing the rocks of this ancient and silent place, the Tankwa. As I listened deeply, I heard. What I heard was devastating,  overwhelming and hard to hold as a mere individual. It compelled me to ask:

What is the Earth asking of me, and of humanity, NOW?

After my visit something in the place and in me transformed so radically that it has taken me two years to find balance again. The work in this  exhibition is part of my ongoing quest to allow matter to speak; to find regenerating ways of relating to myself, to the other-than-human world  and to humans from all time, both past and present.