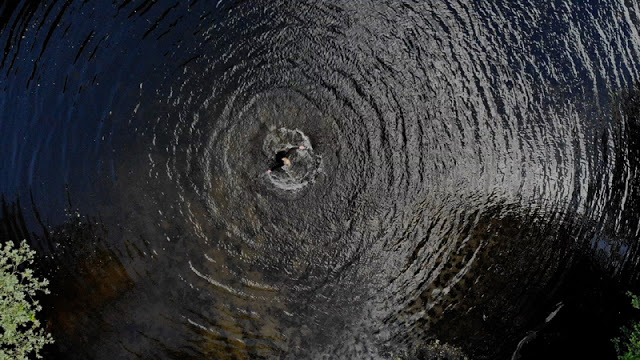 
Still from Dart: a short film by Hanien Conradie and Margaret Le Jeune

As a contemporary Afrikaner woman born and rooted in Africa but variously regarded as alien or undesirable, Hanien Conradie’s work has been mainly concerned with ‘place’ and belonging within the context of the global ecological crisis. Her practice evolved from representing threatened indigenous flowers to working with damaged places that have become  a part of her inner landscape. As suggested by Félix Guattari in his book The Three Ecologies(1989), Conradie sees ecology as including the individual, the cultural and the natural. “In other words,” she comments, “I see humans and our culture as inextricably part of nature.”

In 2014, she began working with river clay found on a smallholding where her maternal ancestors farmed with export grapes in the 1950s. Her grandmother had named the place Raaswater, an Afrikaans word describing the sound of the river that used to flow through the property. Today this river runs dry in summer months. “My question,” she asks, “was could I together with the clay create a visual way to ‘re-sound’ the now silent river?”
Through her developing practice with river clay, Conradie came to re-appraise animism as a practice to aid in establishing empathic human connection to the biosphere[1]. She has found it a nuanced way to re-call the voice of the silenced older cultures and the “other-than-human world”[2]. 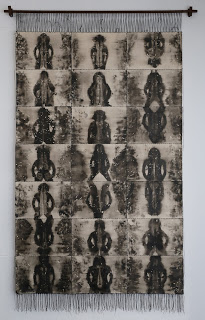 In her recent work, she continues this process by calling on rain and rivers as she grieves the loss of natural places known deeply. Inspired by traditional Tswana rain poems (transcribed by I. Schapera 1929-43) and the poems of Afrikaner doctor and nature poet Eugene Marais (1871-1936), the work tracks traditional and contemporary animistic ways of relating through painting: “And so I find new ways of relating to the earth.”


The title of this exhibition, Raaswater [‘Raging Waters’], harkens back to the origins of her practice, but it also alludes to the notion that the Waters speak. In both the performance piece in the river and the paintings in soot ink, Conradie attempts to allow space for water to show its natural characteristics and surrender to gravity. In this dance with water and despair, “grief turns to reveal its other face: our love for the natural world and that this is our absolutely inseparable connectedness with all life”.[3] 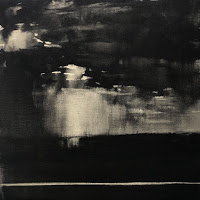 Conradie wonders then “if it is a co-incidence that the South Eastern Botswana landscape I repeatedly and obsessively paint is named Nthlantle; a Tswana word that can be roughly translated as ‘In the Direction of Beauty’?”
[1] For more information on the painting titled Raaswater II, please refer to The Voice of Water: Re-sounding a Silenced River at www.hanienconradie.blogspot.com
[2] “Other-than-human world” was coined by ecophilosopher and founder of the deep ecology movement Arne Naess in order to describe (in a non- anthropocentric way) all earthly matter and life that is not a human being. This description has been adopted by contemporary ecophilosophers.
[3] From ‘A Wild Love for the World’ talk by Joanna Macey (2010) with On Being.